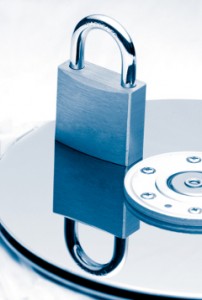 Have you ever sold your old computer, or just your old harddrive for that matter, and thought that simply by ereasing everything on it, you would be safe? Well you are not. My old friend Pete from Bestil Briketter, sold his old office computer with all the information for bestilbriketter.dk on it. Pete isn’t a dumb guy by any means, so of course he had formattet the harddrive before putting it up for sale. He sold the computer, and didn’t think more about it, until about a month later, when he some of his old customers began to contact him regarding some strage offers for Briketter they recieved from his company. He was a big surprised about that since he haven’t send any newsletters or promotions out lately, so he asked for a copy of the email. The email was pretty much identical to his newsletter from last year, it was even send from his email and server, but when he clicked on the “Buy” link in the mail, he was send to a foreign company who was also selling Brænde and Briketter. He found that a bit strange, and quitly send out a mail to his customers to disregard that email, and that it wasn’t from him.

2 weeks later, petes’ bank contacted him regarding a large transaction to russia that they wanted him to verify before sending it from his company bank account.  Haven’t done any russian business he was quite suprised, and ended up contacting me, since everything was just getting a little to weird. When he told me about having sold an old office computer a while ago, everything started to make sense to me.

Formatting a computer don’t quite clean the harddrive, As with file deletion, the data on a disk are not fully erased when you format the drive. Instead, the area on the disk containing the data is merely marked as available, and retains the old data until it is overwritten. So by using various recovery software tools, you can ofte get most of the deleted data back, if you haven’t overwritten it with something else. So simply by formatting a harddrive and not installing anything new one it, is not enough to clean the old data completely. Ofte you can recover 80-90% of the data that was on the harddrive before formatting it. This was what happened to Pete, and why the buyer had full access to all his personal data and the data for Bestil Briketter.

A good way to prevent this, would be to reinstall something else on the harddrive and fill it with some other data, or simply to download one of the many disk ereaser programs like Disk Wipe or Perl Critic, in order to ensure others don’t get access to your deleted data.

Pete learned his lession the hard way, and it was just luckily the bank blocked a 40.000$ transaction, which could have ended up costing him his company Bestil Briketter. So always be sure to completely delete your harddrive when selling an old computer.

View all posts by Michael