Many children are very technically savvy, however they rarely think through the implications of what they do online.   Take for instance proxies, you’ve probably heard of them and in fact you may have used them to access different TV channels by buying a US IP address for instance – http://www.proxyusa.com/usvpn.   However there ‘s a very good chance your children are using them too, many of the most popular teenage websites operate similar restrictions, sites which broadcast shows like the Simpsons, South Park can only be access from specific countries too.

However as an adult may investigate into the different options and the drawbacks of using this sort of technology – children will rarely go to that lengths and simply install the first ‘free option’ that comes along.   For many people that will be the browser plug-in Hola which promises access to a network of proxies to allow you access to these sites.  Hola has a basic free version which does actually work, however it comes with one obvious flaw and a much more serious hidden one. 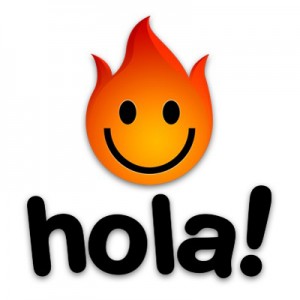 The obvious one is pretty annoying, basically injecting adverts and affiliate links into your browser.  These earn the company commission and revenue and help pay for the upkeep of the application.   It’s very intrusive and annoying but it’s a fact of life that these things need to be paid for somehow.   However the Hola application goes much further and does something much, much worse which actually affects the security of your internet connection.

When you install the free Hola plug-in you are actually incorporating your computer into the worlds biggest bot-net, run by a company called Illuminati owned by Hola.   You are basically allowing anyone to relay information through your computer which acts like an exit node in the network.  SO basically a hacker, paedophile or anyone could use you computer to do all sorts of illegal stuff online and hide their tracks using your internet connection.

Sounds bad?  Well it is, you are laying yourself open to all sorts of low life using your connection plus expect to see a considerable bandwidth loss.  If you are on a metered connection it will also effectively cost you money.