The market for online privacy is growing with people becoming increasingly concerned about how there data is being used. The reality is that there is little normal protection for most of your online activities unless you take action to secure them yourself. One of the most accessible solutions if you’re serious about protecting your data is to use something called a virtual private network. There are now many commercial companies who supply VPN connections including those who offer sophisticated software which can rotate IP addresses too like this. 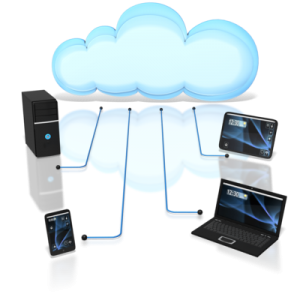 For lots of people there is a pervasive picture of a VPN user, it’s something like a youngster sporting a hoodie, hunched up in a coffee room with their laptop computer. They’re most likely attempting to hack into some federal government computers and are actually on the run from the authorities. As a VPN conceals your location and your web traffic there’s a natural idea that the person is up to no good and certainly has something to conceal.

The reality is literally a very long way from this viewpoint and even though many hackers do indeed use VPNs routinely so do an awful lot of ordinary people. Most large corporations have been using VPNs for decades to support inbound connections from remote users. If a salesman needs access to the product database on the company’s network it’s much simpler to allow them to connect through the internet and view the latest version. This is a lot more secure than travelling around with DVDs and obviously ensures that he or she has the latest versions.

If you make any type of regular connection online, all of your web traffic is pretty much visible, i.e anybody with a mind can intercept and read it. In the event that you’re logging and connecting to a protected share then this would include usernames and passwords. In order to secure these connections, you would commonly install a VPN client on the laptop and ensure it’s used to encrypt the connection back to the company network. It’s completely genuine and indeed intelligent business practice.

Regular home users will use VPNs for very similar factors. Basically the internet is insecure and there is minimal provision for security integrated in automatically. Sure you can gain access to secure sites through things like SSL whenever you need to enter a credit card or payment information. Nevertheless this is the exception not the rule and most sites are actually not secure and the vast majority of information flies across the wires in plain text.

In addition to the general insecurity of the world wide web, there’s the additional issue of confidentiality. Your browsing data is easily obtainable via a variety of sources. For a start, there’s a complete list in your ISP of every little thing you do online and depending upon where you live this could be routinely and easily accessed. Using a VPN prevents this, turning your web activity into an encrypted list which is unreadable without your permission. Are they used by cyber criminals and terrorists? Sure but also by millions of people who think that what they do online shouldn’t be part of public records.

The VPN systems are developing into more and more advanced merely driven by need and the risks of discovery. There are all sorts of variations including allowing different arrangements and ports to evade discovery. You can also get them to use home based IP addresses through certain residential IP providers –

In most countries VPNs are definitely not illegal but just a practical business and personal security tool. However in some countries this is not actually the situation and you can get into trouble if caught using them. Countries that actually ban the use of VPN include places like China, Iraq, Belarus and Turkey. Other countries only allow authorized services which normally indicate those that can be jeopardized if required. People still use VPNs in most of these countries indeed in Turkey mostly all expats use one to view things like British and American TV online. It’s actually quite difficult to detect a VPN in use however that doesn’t stop it technically being illegal in those locations.