Identity thieves are much more devious that they were a decade ago, indeed you can say that about virtually all online cyber criminals. Just have a look at those scam phishing emails from a decade ago and compare them to the ones today and you’ll see how much more sophisticated they are nowadays. Even people with experience can be fooled by some of the latest scams if they don’t stay vigilant. One of the more worrying developments is how identity thieves have switched to targeting specific groups for their crimes. You’d think it would always be the elderly but this isn’t the case, possibly because older people have less online presence. One of the biggest risks is to the younger people who are highly active online but haven’t developed into owning bank cards and online payment facilities in their names, these identities can be exploited by criminals. 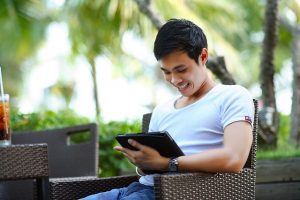 If you are a parent or guardian of a youngster, you already recognize the threats which the World wide web can present. By presently you have most likely heard the stories about adult predators who haunt in on-line chat rooms looking for youngsters to take advantage of.  Remember they can be anywhere in the world, but you’ll often find them based in places with poor digital laws like Eastern Europe, Thailand or South America. Often these freaks pose as adolescents, attempting to acquire the trust of unsuspecting and naive children. News journalists have impersonated prospective child victims, consented to meet with predators, planted concealed video cameras, and caught these criminals in compromising positions.

It is certainly incredibly important that all parents appreciate these risks to make certain their children know who they should and shouldn’t be talking with. However, there is yet another risk that children are encountering online which often parents are thoroughly unaware of. That danger, obviously, is identity theft, and it turns out that youngsters can be at even more threat than adults.

I didn’t get my ﬁrst charge card until i was actually 18 years old. Like most other teenagers, even after I got it, I had no clue what a credit report was, and l was actually not even just a little interested in reading one. I didn’t ﬁnd out about credit reports until I bought my ﬁrst new car a few years later. I discovered an identity criminal been using my relevant information during the course of those years, I would certainly not have recognized it. And that is exactly why younger people are so much at risk.

The Federal Trade Commission (FTC) has indeed specified that people below the age of 18 are the fastest developing demographic for identity theft. More often than not, younger victims will not realize that they are actually victims until they apply for a driver’s license or attempt to sign up for their ﬁrst credit card. Then, all of a sudden, creditors come out of the woodwork in order to attempt to recover unpaid debt. In many cases, crooks make use of portions of the victims’ real details while making up the rest When the victims get credit reports, they ﬁnd their social security numbers assigned to more than just their names.

And so how is it that identity thieves are actually obtaining these young peoples’ SSNs? Well, it turns out that often the victims give it to them whilst chatting online. While most adults have been made aware of the need to guard SSNs, frequently young adults don’t have any idea exactly what it’s utilized for or what can happen if it ends up in the wrong hands.